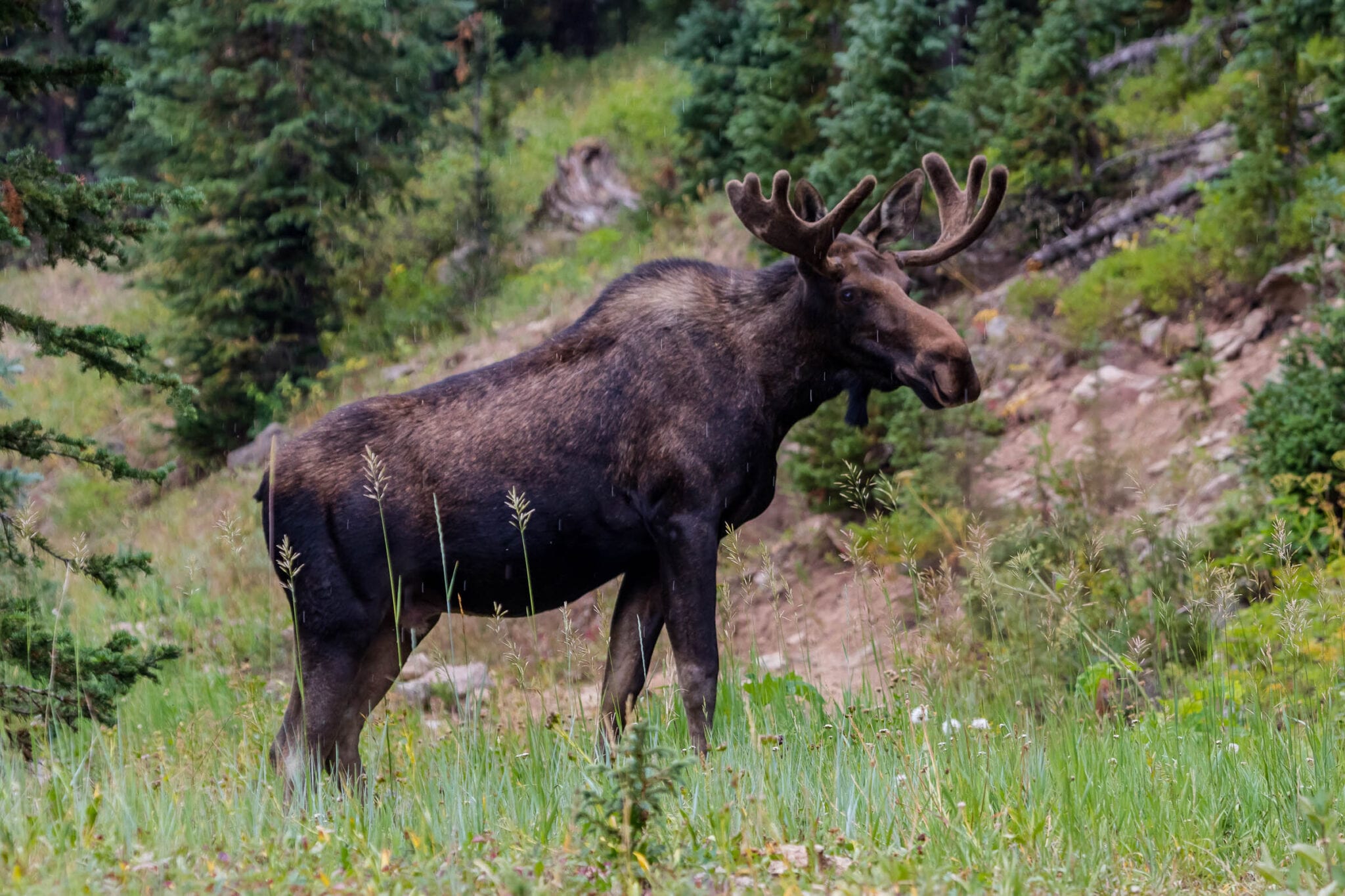 How should you stay safe around wildlife? In general, keep a safe distance from animals when observing them or taking photos. Even types of animals not thought to be particularly aggressive can become dangerous when encroached upon.

If you’re set on snapping photos, use a telephoto lens if possible and avoid using flash, which can bother wildlife. Never feed wild animals, and instruct kids similarly. Human food is seldom nutritious for animals, and it can encourage them to visit campsites more often, leading to unhappy endings for some animals. Don’t use headphones or earbuds, so you can remain aware of your surroundings.

The New York Times has compiled a list of five tips for wild animal encounters in general. The list boils down to the following: keep calm, look big, don’t run from predators, don’t take selfies, and no feeding.

Below, we’ve compiled some guidance for how to handle meet-and-greets with specific types of wildlife:

The United States is home to two kinds of bears. Black bears, which may in fact range in color from black to brown and even to white, are found widely across the country. Grizzly bears—also called brown bears—normally are larger than black bears and can be distinguished by their pronounced shoulder hump. In North America, grizzly bears are generally found only in Wyoming, Washington, Montana, Idaho, Alaska, and western Canada.

Stay at least 100 yards away from bears. To make your presence known when in bear country, try singing or clapping. In late summer and fall, avoid trails that run through oak brush and berry patches (ursine feeding grounds). It’s unusual for bears to attack people, unless they feel threatened.

Advice for grizzly bear encounters is similar to the advice for black bear encounters, with one key difference: if a grizzly attacks you should play dead by lying flat on your stomach and placing your hands over the back of your neck.

Mountain lion attacks are extremely rare, though not unheard of. Children and pets are at greater risk than adults. As should be obvious, never approach a mountain lion.

Always stay at least 25 yards from a bison. Surprisingly, bison can run three times as fast as humans. Don’t try to scare or chase away a bison. If a bison attacks, seek protection behind a tree or boulder and protect your head and neck.

Give moose at least 50 feet of space. Remember that moose can run up to 35 miles per hour. If a moose sees you, speak calmly and move away. If a moose charges, run, and try to position yourself behind a boulder, tree, or car for protection. A moose is unlikely to chase you for long. If a moose knocks you over, curl up in a ball and do not fight back.

Stay at least 50 yards from a mountain goat. If the goat approaches, try to move to a safe distance. If it continues to approach, try to scare it by yelling or making other noise and by throwing stones toward it.

Avoid encounters by exercising care when moving logs or brush. If you encounter a snake, calmly move away. If you are bitten by a potentially venomous snake, minimize your activity to prevent spread of venom. Position the bitten body part below the heart. Clean the wound with soap. Try to get to a hospital as quickly as possible.